When it comes to these times it seems life plays no favorites and everyone is susceptible to their anguishing gut wrenching stress. 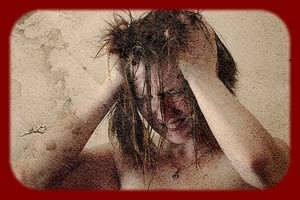 One thing for sure when you find yourself stuck in one of these situations you know that there are only two choices left to pick from and whatever choice you make next will be a life changing one.

The first choice you have is the decision to just survive and try to make it through the struggle to hopefully live another day to try again.

This decisions will leave you in even more of a fearful state to sink deeper into your melancholy comfort zone that you’ve already been living in for so long.

As I said you only have two choices while hoping this Hell-Period of yours will vanish into thin air without any detrimental effects on your life.

The second will be more useful if explained through the story that a dear friend of mine once told me several years back after I asked him a probing question about his life.

How is it that you have become so successful and happy in your second half of life while others at the age of 50 are struggling so. Is it normal to be contemplating all kinds of career changes at midlife?

He started his story with a question to me, you remember when we were in high school and I portrayed myself as the class clown making fun of everything to make everyone laugh?

I did that because of my insecurities.  I didn’t want others knowing that I was really dying inside with low self-esteem, self-confidence and the fear of what others would think of me if they truly knew me.

So I put on a mask of the clown to keep myself from being ridiculed by others. That way I could bathe in my own self-pity.

After school I went to work for the railroad but soon came to the conclusion from a tremendous amount of soul searching that I was going to change my life and become a millionaire because we were always told money equals happiness, right.

So I set out to make a career change into real estate with the goal to make a million in five years through what is now called flipping houses. It wasn’t called that back then it was just known as buy rundown houses and remodeling them to resell. There wasn’t a specific name for it.

I was learning the business on a trial by error system which wasn’t working real well and considered another career change many times but that’s when I was introduced to an elderly gentleman who was a banker. We hit it off becoming good friends and when I bought a house he was the one I took my business to.

After several transactions with him I guess we had built a relationship of mutual respect for one another even though he was my senior by some 30 years.

He noticed how hard I was working and how passionate I was about getting out of the ho-hum mediocre life I was living. So he started helping me draw up a plan to go by that didn’t include a career change just a blueprint.

I did real well for 2 years and the prospect looked great for me to accomplishing my goals. Everything just continually fell into to place until I broke the cardinal rule by altering the plan of action I had been using for this entire time period.

Yea I got greedy and tried to push it.

When I did that not only did the deal I was presently working on fall through but several others after that crashed and I had lost nearly all that I had gained those first two years.

You talk about being dishearten and frustrated to the brink of giving up.

The last deal that failed I still had some money I owed the banker friend of mine and when I met with him needless to say I wasn’t in the best frame of mind.

I guess it was pretty obvious because when I sat down in his office that day the first thing that came out of his mouth was, having problems boy?

That’s when I began with my pity party speech about how I’d worked so hard over the last two years and here I was practically back to square one. What was I going to do?

He laughed and with fire in his eyes he said;

“Hell boy if it was easy everyone would be doing it. When life kicks you in the teeth and knocks you down you fight back or you lie there like a wimp and make excuses of why it didn’t work.”

“You want something you go after it and never quit. You fail only when you give up on your dreams”

Failures are the stepping stones to your success, learn from them and push on.

That’s when I made a passionate emotional decision that I would reach my goal of a million no matter how long it took.

I came to understand not long after that encounter with my old friend that it was my mindset that he was speaking of.

If you’re mindset is negative then you’ll draw negative power towards you but if you have a positive mindset you draw positive energy into your zone.

I don’t know how it all works but that doesn’t matter much but what does matter is life just seems to work by those rules.

You ask me about success and happiness.

Success is only true success when it aligns with what makes you happy in life and having money isn’t even part of the equation.

I know friends of mine who have all the money they could ever want or need in this life but they are miserable because they have no passion or dreams.

Dreams are a big motivator and if you don’t have any all you’ll do is live a mediocre life like everyone else.

That’s where my success and happiness comes from.

Life is full of choices but non greater or more important than the ones you make during a Hell-Period in life. It could be the beginning to the end of all your problems and catapult you on a lasting journey to happiness on your own terms.

But tough decisions with a plan must be made in life to accomplish what you want.

Last time I spoke with my friend he was worth approx. $27 Million