Hey, Dana Plus Greg here I am Dana.

Thank you for coming to my health and wellness page to get to know who I am.   I started this page to help others to find a fit for their health.  Let me first tell you about me and how health became important to me. 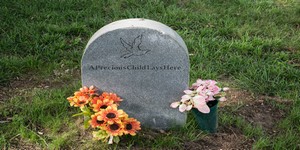 We do not know, even science could not figure it out.  As a young couple with a son and then the loss of our daughter we were very concern could I have any more children?   After a year I was really starting to wonder, but it happened I was pregnant.

Scared to death and excited at the same time wondering would I go for another 9 months and would the past repeat itself.   Fortunately April 24th, 1985 came, our second child was a boy. Our world was complete now with 2 healthy boys.

Then in 1986, my husband became very ill around the Holidays we thought he had the flu no big deal just trying to keep the rest of us from getting sick. Holidays past and he got to feeling better but not himself 100% because he was having a nagging headache that just would not stop even with medications.

The doctor told him it was STRESS due to years of what had happened in the past and possible working too much.   Okay, we said yeah he probably is right.  So we continued to treat with over the counter and medication he could take during the day that would not make him drowsy at work.

Then in February our world was rocked again. A test was done and it showed a spot on the brain.  See back in 1986 there was no MRI only CAT scan and it only could show on the image something was there that should not have been on the front lob.

So here we go making Dr. Appointments out of town 2 hours away both of us missing time from work and scared to DEATH! Diagnose was given after a biopsy that there was a tumor we needed to schedule surgery to see if it is malignant.

The surgery took place and results came in as benign.

The happy dance we were crying and rejoicing in what God had given us and that was results we knew could be treated with chemo. Things going great other than my husband could not work but he wanted to do volunteer work at the local hospital I worked at during the week.

After studying the results he suggests we go to Duke University and that he stop volunteering even though he looks fine on the outside but the inside was not. He could not only be at risk to himself but to others. 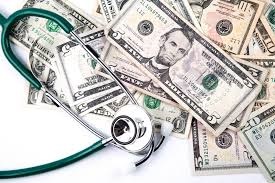 The review showed that he had a glioma tumor that occurs in the brain and spinal cord. This is located in the frontal lobe of the main vessels that controlled your movements and thinking process was involved. So there was no surgery or drug that could cure it. There was a high-intensity drug treatment to take the swelling off the brain but we would just have to take it day by day.

WOW, now that was a BIG ROCK that just hit us both head-on in the face. Treatment started immediately at Duke University and we traveled every 4 weeks to see the Doctor.

After a few trips, we requested that this treatment be done locally and the matters got worked out but we still had to report to Duke every 6 weeks instead of 4 weeks.

Well, before the decision could be discuss my husband had a seizure and 2 weeks later the Cancer took his life at home.

My world again was rocked.  Left at a young age to raise 2 boys the age of 7 and 3.  How can this be, I lost my daughter as she entered the world with no cry and now my husband to cancer! 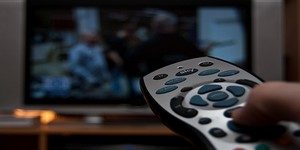 Remarried of 27 years with mine, his and ours.  Seven grand-kids with more to come I am sure of it.

We live in South Carolina with the beauty of waterfalls, lakes and the change of the seasons.   In 2010 my husband now we visited our family physician for our yearly physical.

Well here we go test results for blood pressure and cholesterol were on borderline she wanted us to start on medication to keep them under control.   We both refused said not yet if we can control it with diet let’s try that first.

Return yearly visit in 2011 and not good for me but husband still borderline so we both agreed to start on the medications.   In 2012 both of us were feeling better but the weight was starting to rise so we knew we needed to do something and that is when I was introduced to Health and Wellness.

After the research on a product known today as the GREENS we became customers.  I thought differently I told my husband why not share and earn why I focus on my own health and he said why not.   So here I am 6 years later and still enjoying sharing what healthy decisions has done for my health.

When I started I was 10 lbs. overweight for my age and height.  Very disappointed that I had allowed myself to go there…if you know what I mean.

You go shopping and you buy the next size up and then you continue to eat junk and drink junk until you have had enough no more.   The last time I looked in the mirror I was 10 lbs. heavier was in 2012 on August 27th I took action and told myself I will get this weight off, I will stop my medications and I will feel beautiful again on the outside.

Today I have been able to manage and maintain the 7 lbs. off and I continue daily to work on the next 3. I share this with you for HOPE because we seem to quit the routine before we get to the goal we set out for yourself, but you can’t you have to continue to fight for your health no one else will.

Heck, they want to drug you up so you will keep feeling bad and keep coming back in for more. It’s addiction to your wallet that eventually becomes empty because your health and medications have dried up the bank account and now you feeling HOPELESS.

There is HOPE when you decide to change. Change is a good thing.  If you are still breathing and can make decisions you have HOPE for better health. 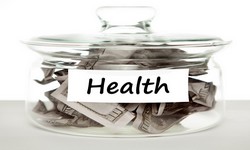 I have helped several of my friends, family and those I did not even know till I became involved with health and wellness.

The truth here my husband Greg totally loves the GREENS over the 4 years he has lost 30lbs just drinking the Greens every morning before he gets his day started.

So here is the solution, “ARE YOU READY TO TAKE CONTROL OF YOUR OWN LIFE AND HEALTH?” Click and Watch the Video